Our plans for three new shops, including an M&S Foodhall, at Leamington Shopping Park have been recommended for refusal (on retail impact and transport grounds) by Warwick District Council planning officers.

The plans will come before Warwick District Council’s Planning Committee on 5th December, during which councillors will decide whether to refuse the plans in line with officer recommendations.

Our plans are for three new shops at Leamington Shopping Park, on the site of the former Focus DIY Store Garden Centre: the empty hoarded-off space between Debenhams and New Look.

The development, proposed over ground and mezzanine floors, would include:

The proposals would create around 75 new jobs (44 full time equivalent) as well as jobs during the construction and fit out of the new shops.

M&S has been seeking a site for an additional food offer in Leamington Spa for more than 10 years to complement its town centre stores, in a similar way to many other town and cities across the region. The proposed M&S Foodhall at Leamington Shopping Park would be in addition to the Leamington and Warwick Town Centre stores, which would not be affected by the proposals. 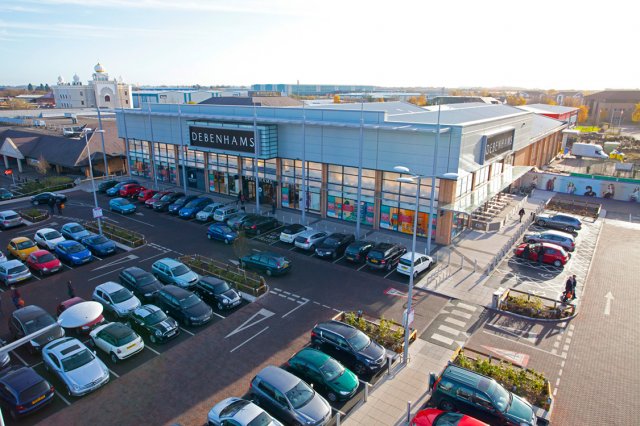 We undertook a public consultation on our proposals (June 2017), which included a leaflet sent to around 3,100 local addresses, advertising in the local press and on facebook and a two day public exhibition in a trailer next to the site on Friday 16 June and Saturday 17 June.

There was a high level of interest in the proposals with around 220 people attending the public exhibition and 233 comments forms received – either at the exhibition, using the freepost comments form or online.

The responses received demonstrate a high level of support amongst local residents and shoppers, with 95% of the 233 respondents supporting the redevelopment of the site and 84% welcoming an M&S Foodhall as part of the proposals.

A variety of suggestions were made about the type of shops local residents and shoppers would like to see in the two non-food units proposed, and showed a strong desire for additional retail choice at the Shopping Park. There were also comments and queries relating to a number of issues including design, traffic and parking, pedestrian and cycle access and potential impact on the town centre.

Key issues raised have been responded to in the Consultation Report (submitted as part of the planning application and available below), and a number of small design changes have been made to the proposals in response to feedback. This includes two additional benches and six new cycle stands to improve onsite facilities for cyclists.

Since submitting our planning application in August, we have continued to engage with the council to respond to their queries. Further support has also been shown by the local community during the council’s consultation on our plans when supportive feedback was submitted through the planning portal.

As the local planning authority, Warwick District Council’s Planning Committee will decide whether to approve or refuse the plans during their meeting on Tuesday 5th December.

Full details of the planning application and the officer’s report can be viewed on the council’s planning portal. There is also still time to make your views known directly to the council online before the planning committee meeting takes place on the 5th December.

If planning permission was to be granted, we would expect the new stores to open in Spring 2019.

If you have any questions about the proposals or how to have your say, then please get in touch.